Come to me, you beautiful book!

The House of Kings cover nails the series vibe with the sultry, mysterious vamp king and the strong, beautiful Alivia dominating the front.

I hate spoilers, so I’ll just give a little overview of the excitement level in this book. There’s death, Kings and lost love. Lies and speculation snowball into heartbreaking danger and threats.  Old flames die off, then disappear, then come back, and new flames shine … brighter? There’s love, lust, temptation, and did I mention the heat in this book is smoking?

But House of Kings is also full of sticky, bitter, complicated angst. Alivia’s heart is shattered into a hundred little pieces, which gives her a few scars. she finally wakes up as her new self, which awakens parts that are vicious and flawed. It was hard to see Alivia struggle, but I also think it was necessary.  Characters need flaws in order to create depth and show growth. I think Alivia is going to be redeemed in the next book, along with another key character that might of made some mistakes too…

King Cyrus is such an interesting character. I love the dark guys. Raheem is sexy walking, and Ian is, well, he’s Ian.

I do want to warn you. Keary likes to cut a story off at a high stake point. She wants to guarantee her readers come back, and she is a pro at carrying out her mission. As much as I loved the book and the ending, the suspense is not fun. The ending is a sharp drop off a helluva tormenting cliffhanger.

So, I’m ready for the next book. When is the release date?

I need to know!

4.5 stars for Keary Taylor’s House of Kings! As much as I loved this book, I think some of the supporting cast could be fleshed out a little more. I received an ARC from the Author, and I am so happy I didn’t have to wait as long to read this book!

But now I need to wait longer to read the next one. I see a downside there, but I’m not complaining!

Grab your copy of House of Kings here!

I requested this book on a whim.  I’ve read an abundance of dark dystopian lately, and although that genre will forever be my favorite, I needed something else in my life. Something with more lovey-dovey boy drama  and a little less “the world is burning down around us”. “Wonderwall” caught my attention because of the cover and the promise of a bad-boy rock star. It promised me drama and love, and that’s exactly what I was in the mood for.

Yes! Wonderwall is Wonderful! ( Sorry, I couldn’t resist the play on words).

Wonderwall is a contemporary romance centering around first love, first heart break, life’s rough punches, and the cost of fame. Olivia, the girl next door, and Sebastian, the boy next door, fall in love at a young age. The rug is ripped out beneath their friendship-turned-romance when a tragedy sends them spiraling into messy territory. Sebastian can’t cope (and no one with a heart can blame him) and Liv pays the price.  Fast forward a few years and Sebastian is  an international superstar in a boy band.  Liv is living out her career dreams with a brand new internship at a posh London hotel. They’ve moved on with their lives-

Except for their damaged hearts, which are still stuck on each other.

I enjoyed this book. It has a few cliché’s in it, but they are well executed. The plot is driven. The pacing is great. There are clever lines scattered throughout, and the writing is worth reading . The characters are likeable, loveable, and sometimes hate invoking, which is what readers should experience in regards to a novel’s cast. I wouldn’t let a young teen read this book because things get risqué here and there, but it is a solid New Adult Contemporary Romance.

And it has bad-boy rockstars.  So, that’s a big plus.

“Bas” is a mess.  He’s a tortured guy who seems to have everything on the surface, but there is a gaping hole is his heart. There is only one person who can fill it, and it is not his model girlfriend. He is a jerk most of the time, but he loves Liv, despite his best efforts not too. Liv has not been able to move on, and it doesn’t help that the ex love of her life is so famous his face pops up everywhere.

There is some heavy subject matter in “Wonderwall”, but for the most part I’d consider it a light read. I read it for entertainment, not for life changing lessons. It  fulfilled its purpose quite well. Parts of this book get cheesy. Especially the ending. It is horribly, wonderfully, tickly butterflies in my stomach cheesy. Not  everyone appreciates cute. I get that. I have to be in the mood for mushy gushy. But when I am in the  mood, what can I say?  I LOVE ME SOME CHEESE!!!!!

The only issue I had with this book was how easily Liv caved when Bas came back. I mean, make him work a little harder! But I guess it would be easy to forgive a gorgeous guy who professes his love for you on stage in front of thousands of people.

Still, I can’t give the book five stars because Liv gave in too easily.

Four stars for M.H Soars “Wonderwall”! This is the first book of her new series, and I will be reading the next installment.

Add me to your newsletter M.H Soars!  I will happily write a review for the next one. Good job! 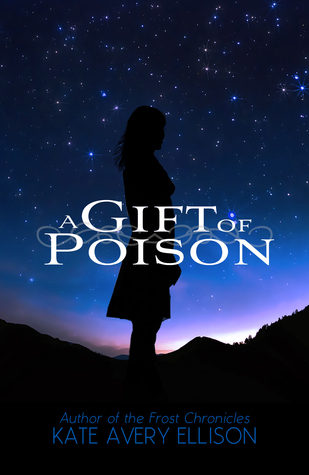